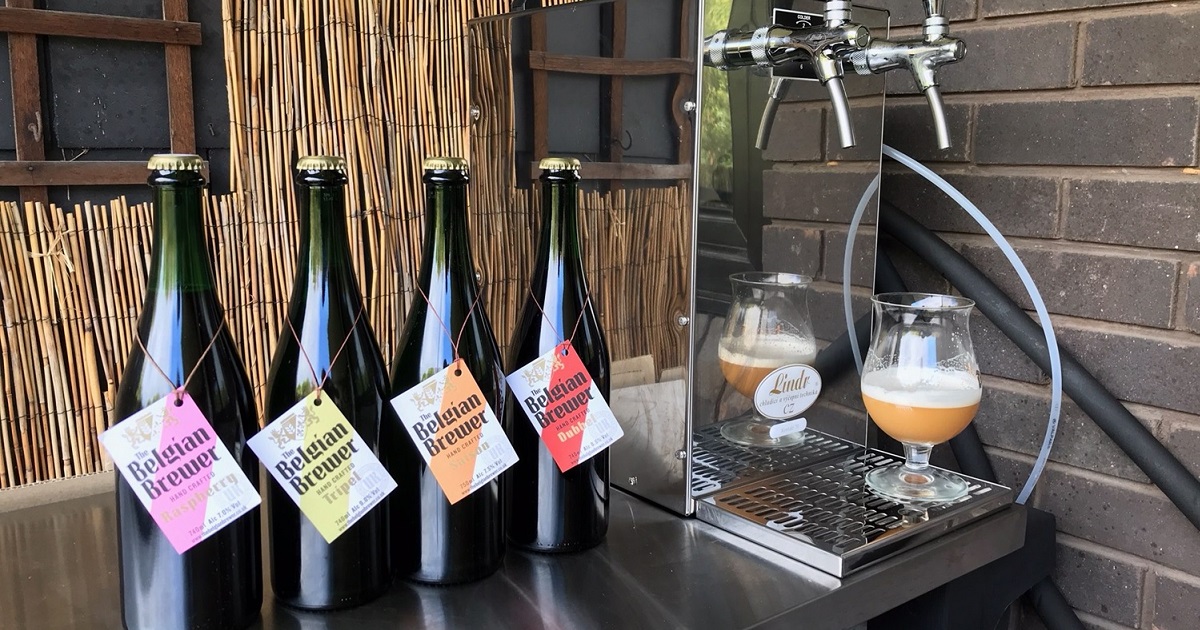 The Belgian Brewer – Selling Beer Easily and Conveniently with myPOS

European nations tend to disagree on a lot of things – politics, laws, even territory sometimes. But if there’s one thing all can agree upon, it’s that everyone loves beer! Whether we sell it in our stores or simply consume it with friends after a long day, beer, much like the Force in “Star Wars”, is what unites us and binds us together. But the thing about beer is that no two places brew it the same way. If you grew up in, say, Belgium, and suddenly had to switch to, for example, English beer, no matter how good something like Guinness is, it’ll never really capture the unique, fantastic taste you’re looking for. At this point, there’s only one option – make your own!

How One Man’s Thirst For Belgian Beer Created a Brand

Enter Nik Lemmens, a man who grew up in Belgium, a country that, much like Germany, is famous for the high quality of its beer. Upon moving to the UK at the age of 21, Nik found himself unable to really leave the unique taste he’d grown accustomed to behind, and deliveries just weren’t really cutting it. His craving for Belgian beer was shared not only by hundreds of immigrants from the country, but also many more UK natives who wished to try out this near legendary beverage. There was only one solution left – he had to make this own! Out of this superhero-esque backstory was born the Belgian Brewer, a small brewery shop specializing in one thing and one thing only: making the best Belgian beer in the UK!

Fast forward to today, and it’s obvious that Nik has taken his work very seriously. He partnered with Oxford native Scott Williams two years ago, and the two of them set about to expand their business while maintaining the strong, traditional core which makes Belgian beer so good. Belgian methods of brewing take over two months to prepare a beer from brew day to glass, and yet Nik and Scott stubbornly refuse to take shortcuts or use any animal derivatives or chemical enhancers to “clear” the taste. The results are obvious, and currently the pair produce seven different flavours, the most popular of which being the Raspberry, which is regularly sold out soon after a new batch is made!

A New Goal, and a New Challenge

While Nik and Scott started off just selling to friends and acquaintances, as their business grew, so did their needs. They realized they needed to start supplying bars and shops with their brand, and also accept payments for the products they sold in a more efficient, professional manner. After all, many businesses prefer using cards to pay in order to keep track of their spending, and then there’s all the private clients that come to the brewery every Friday and Saturday to purchase beers for their own consumption. They can’t be expected to carry cash all the time, because if they don’t have enough then that’s just a lost sale for the Belgian Brewer.

To overcome this challenge, Nik and Scott decided to trust myPOS, purchasing a myPOS terminal which they could easily use when accepting payments. Needless to say, the device surpassed their expectations in every way! They could easily take payments in the brewery with the terminal, but thanks to its portability and the included DATA card, they could also take it outside when delivering to bars, shops and events.

“Being able to take payment anywhere, without a subscription is fantastic,” Scott says. “I don’t have to link it to my iPhone, and so don’t worry all day about my phone battery dying.”

Beyond the portable device, Scott and Nik also found great use for the included business card linked to their myPOS account, which allows them to instantly withdraw funds as soon as they complete a big sale in order to purchase more brewing materials without even a second of delay! They also enjoy being able to monitor the business online or through their phones thanks the myPOS mobile app, and Scott in particular was quite impressed with the customer support centre.

“I’ve received great customer service from the call centre any time I need to get in touch,” he bragged.

Neither Nik Lemmens nor Scott Williams are finance guys. They don’t enjoy dealing with payments, accounts, balances and all the other financial nonsense. They’re just two guys who love Belgian beer, and who, in their attempts to share that passion with friends, became extremely good at brewing it. This is what matters to them, and what they prefer to focus on. That’s why they trusted myPOS to help their business grow, allowing our solution to focus on the payment acceptance while they concentrate on the brewing. And so far, according to Scott, Nik and their customers, the partnership has worked out great!

If your business could also benefit from portable, multi-functional POS terminals, please contact us at sales@mypos.com and we’d be happy to assist!