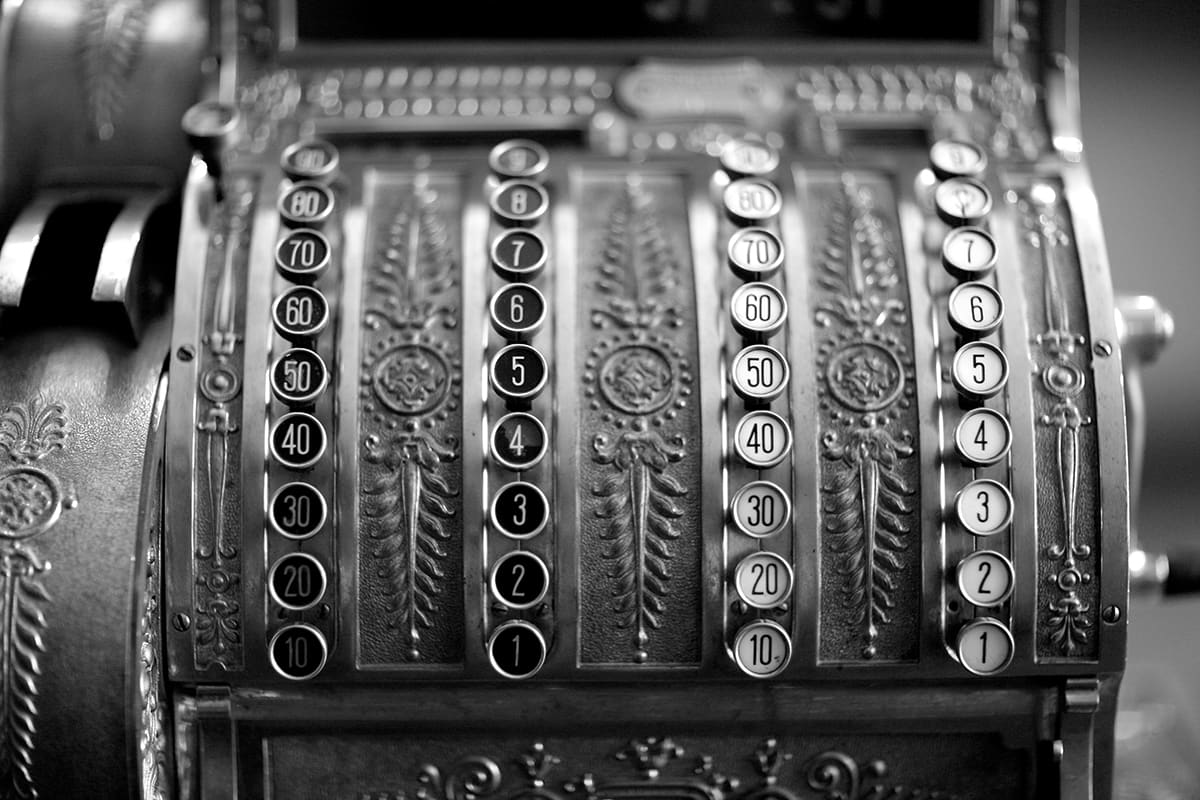 From mechanical cash registers to modern POS systems in 145 years

The idea and realization of the first cash register dates back to 1871, when James Ritty came up with it. He needed a machine to track his daily sales. Who wouldn’t want to know the exact daily turnover and whether the employees report the full amount at the end of their shift.
Nowadays, of course, this is not the only function of the cash register, or the so-called point-of-sale (POS) system. In 2016 we use POS systems for accepting cashless and contactless payments, financial reporting, tracking inventory and lots more.

The ‘magic’ of the mechanical cash register

In 1870s the places, selling products or services in return of cash, still had to manually process and calculate payments. There are many issues that can follow, including discrepancies, theft, confusion of the personnel. And all of them had the same negative effect – loss of money. Back in the days, the biggest problem that business owners faced was pilferage which is quite easy to be done with lack of any supervision or tracking .

The first mechanical cash register was called the “Incorruptible Cashier”, as Ritty himself, as a saloon owner, had a major issue with his employees stealing from him. It doesn’t seem much now, but back at the times, this invention which made simple calculations and loud noise every time a sale was made, was a big deal.

1900s put a different angle over the point-of-sale

Inevitably, with the new century and the arrival of new technologies, modern cash registers were invented. The company NCR was the first to ever make an electricity-powered cash register, which ‘made miracles’ for its time.

Over the next decades, as you can guess, things have changed drastically. Electronic cash registers, that issue paper receipts, have several drawers and an early version of a multi-operator mode, came to life. This was followed by the first POS software that ran on Microsoft Windows platform, which put the beginning of comprehensive POS systems.

And then… 1980s came and credit cards came along, providing the society with the ‘plastic’ payment option. Needless to say, everyone wanted a credit card (pretty much the same as it is now). So, respectively the cash register machinery had to be updated accordingly.

In present days, merchants and retailers use POS systems, such as myPOS. Why, you would ask.  Because more than a century after the mechanical cash registers, the usage of card payments is growing almost with the speed of light. The platform which provides a closed cycle of operations through its well-thought components, is quickly becoming the most desired POS system for the microenterprise across Europe.

Let’s start with the terminal devices, manufactured by the worldwide leader PAX Global Technology Ltd. They are mobile and accept all major credit and debit cards. With the latest certificates acquired and the ability to accept contactless payments, they put customers’ security and convenience on a whole new level.

The online account allows merchants to control their finances and daily operations and has countless useful features. It is designed to assist merchants at all times and to provide constant access over all transaction information.

myPOS team has developed intuitive mobile application for iOS and Android phones. It helps merchants to manage transactions and run their business from anywhere.

Last but not least, merchants take advantage of a Business Mastercard. Linked to their myPOS account, it allows them to withdraw their funds at all times.

Once a payment is processed through the terminal device, the money automatically appears in the online Merchant account. It is instantly available for either online operations, or cash withdrawals. It’s as simple as that!

If you don’t run your own business already, myPOS will give you some very good reasons to start.

Thank you for signing up
to our newsletter.