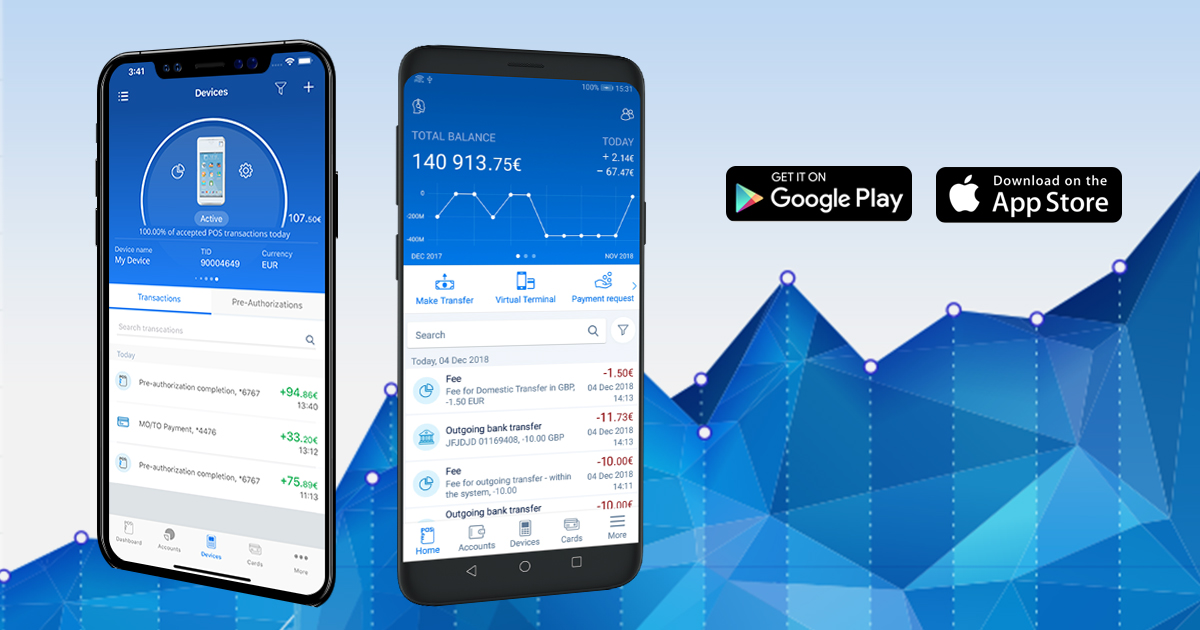 We are proud to announce the launch of our newly redesigned mobile app for both iOS and Android. The app has been re-imagined in order to fit the tastes and needs of the modern merchant, giving them a far more convenient method of browsing its features and monitoring their business.

The new version of the app has been redesigned from the grounds up, its interface built on the basis of user feedback from dozens of merchants. That feedback was taken from a variety of sources – Google Play reviews, online discussions, and of course sent directly to us. All of it was taken into account in the interest of making the best, most intuitive experience possible. Beyond the updated UI, some of the app’s new features include customizable buttons, a dynamic flowchart of earnings and vastly improved speed.

The myPOS mobile app gives merchants the same options and features that they’d have access to by logging into their online merchant account, except now available anywhere, in the palm of their hand. Through the app merchants can instantly send and receive transfers between myPOS accounts, send payment requests to customers, open and manage accounts in a dozen currencies and follow the activity of their POS terminals. The most important and valuable feature of the mobile app is allowing merchants to view data about their business in real time – sales, earnings, gift cards sold and much, much more.

Future updates and support for the myPOS app are also planned, and before too long many exciting features will be added to ease merchants on the go. Just like the redesign, these features will be added entirely based on feedback. The users’ voice is extremely important, and will be taken into consideration regarding both what is added and how it is added.