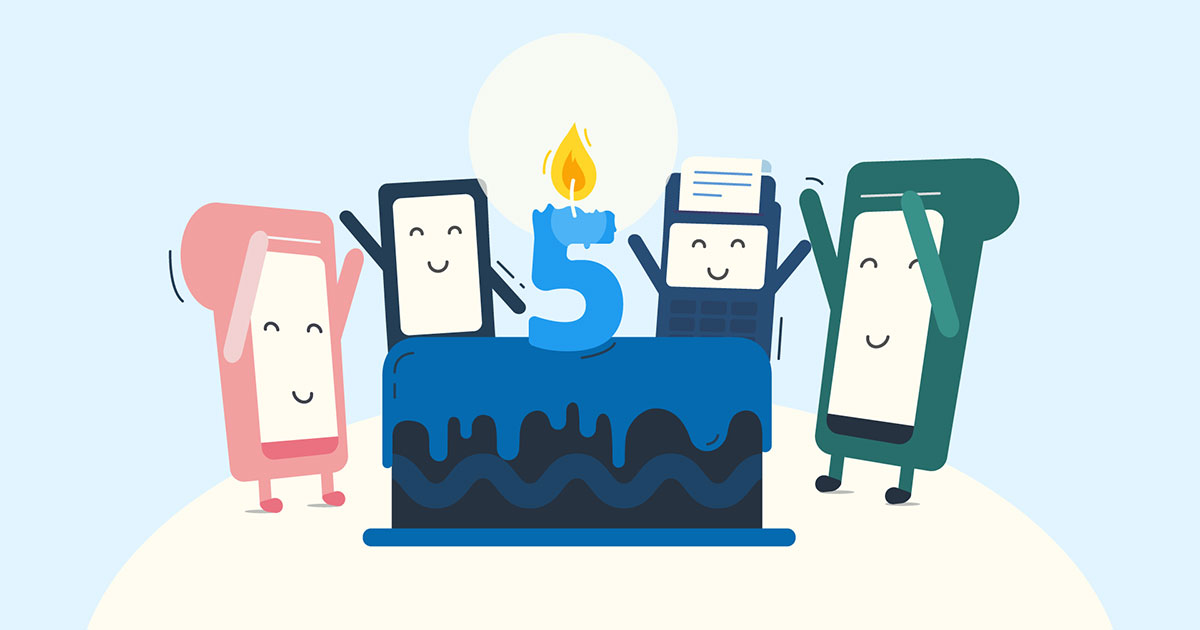 Celebrating 5 Years of Growing Our Businesses Together

Happy birthday to all of us at myPOS! This month marks the official five-year anniversary of myPOS, with the POS solution being introduced officially in March 2014. Over five years we’ve helped thousands of businesses grow, processed millions of transactions and expanded to dozens of countries across the globe!

myPOS’ beginnings were humble, with the company starting as an ambitious dream of the founder Christo Georgiev – a dream that mini and micro businesses in his country, and eventually across Europe, would be able to afford a fully functional POS terminal without relying on banks’ almost unachievable whims. And now, 1825 days later, myPOS is a big player in the payments industry, setting not only records, but also the tone that many financial institutions end up following – and all in pursuit of that original dream.

Follow myPOS’ journey from a fresh, new start-up into the trusted partner of thousands below:

But that’s not all! myPOS has got several surprises for you! First and foremost – we’re going to be releasing 5 different blog posts over the next 5 days, each talking about 5 ways in which we have, are and will make a difference in the lives of our merchants! What topics will we cover? Well, you’ll need to check in every day to find out!

Stay tuned for our next posts in the blog on topics related to the anniversary.

Here’s to 50 more years, for both your business and myPOS!